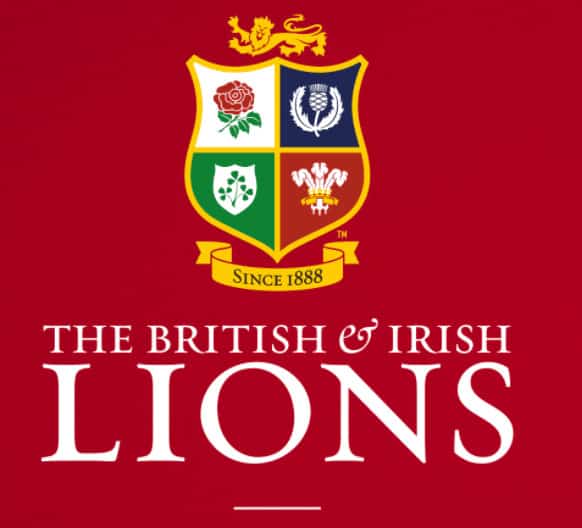 The Tokyo 2020 Olympics are going full steam ahead. Read our guide for how to bet on the world's biggest sporting event right here in South Africa!

The British and Irish Lions 2021 Tour to South Africa takes place over five weeks from 3 July to 7 August. Eight matches will be played in total, starting with five warm-up games against South African provincial sides followed by a three-match Test series against the world champions.

In their 2009 tour to South Africa, the Lions lost the series 2-1 but following their recent series draw against New Zealand in 2017, Warren Gatland's side is the bookie's favourite to go home victorious.

We take a deep dive into the Lions Tour 2021 looking at the fixtures, past results, what both teams bring to the table, plus we tell you where you can bet on the matches in South Africa and find the best rugby promotions available.

For everything you need to know about betting on rugby in South Africa, read our complete guide.

Every four years, the Lions tour New Zealand, South Africa or Australia in rotation, so each country only has the opportunity to face them every 12 years. What makes the British and Irish Lions Tour unique is that the visiting team comprises the very best players from four countries including England, Ireland, Scotland and Wales. So few players from host nations like South Africa will ever play in more than one series against the Lions, making it extra special!

Each Lions Tour consists of a few warm-up matches against provincial or club sides before playing three or four Tests against the national team, in the case of the Lions Tour 2021—three tests against the Springboks. Whichever team wins the majority of these final matches, is the overall winner of the tour.

The Lions have toured 37 times, winning 15 tours, losing 20 and drawing two. Since leaving South Africa in defeat in 2009 they won their 2013 tour to Australia, and more recently drew with New Zealand in 2017.

The British & Irish Lions will play eight fixtures in South Africa including the three Test matches against the Springboks.

The Lions have toured South Africa 13 times, winning four tours and losing eight, including their last tour here in 2009.

By the time the Lions play their first test against the Springboks in Cape Town on 24 July, Jacques Nienaber’s side will have only played two Tests since defeating England to win the World Cup back in November 2019. In the second-to-last warm-up game before the first Test on 14 July, a strong Springbok side 'B' side defeated the Lions 17-13 in Cape Town.

But with plenty of World Cup winners in the South African lineup, this was more of a Test than a tour match in many respects. The Springboks came out firing, but as the match went on, the Lions looked to be in control. In the second half, South Africa couldn't put a single point on the board but in the end, two early tries by Sbu Nkosi and Lukhanyo Am were enough for a smash-and-grab Springbok win.

Going into the first Test on 24 July however, more match preparation will be key and there's a strong case to be made that the Springboks have not had enough time on the field together. Given their lack of match practice, the Springboks are likely to employ quite a simple game-plan that relies on forward dominance, Faf de Klerk’s sturdy boot and speed on the flanks when the ball goes wide.

Despite suffering their first loss of the tour against a very strong Springbok 'B' side, the Lions have been excellent so far, having beaten the Golden Lions and Sharks by at least 40 points on each occasion. Before facing the Springboks again on 24 July the Lions will play the Stormers and we expect a similar result.

The Lions by their very nature are a mixed bag and unknown quantity, but that doesn't necessarily equate to misdirection or disorganisation. In players like Louis Rees-Zammit and Josh Adams, they have plenty of running confidence which will give them many opportunities to score.

Since winning their warm-up games against the Golden Lions and Sharks all by 40 points or more, the British and Irish Lions are favourites to win their tour of South Africa at odds of around 13/20 depending on which bookmaker you're looking at.

Both coaches will surely agree that there is much to work on ahead of the 1st Test between the Springboks and Lions on 24 July, but there was still more than enough on Wednesday to suggest that the upcoming series will be fiercely contested.

Where to bet on the Lions Tour 2021 in South Africa

There are many bookmakers in South Africa offering odds and markets for betting on the Lions Tour 2021. Online bookmakers like Sunbet and BET.co.za have Rugby Promotions you can take advantage of which we've listed below.

Points Fest Promo: Take a pre-match rugby handicap bet and if your team scores over 35 points and your bet loses, we'll give you your stake back as a free bet on other rugby. Read the terms and conditions.

Bad Beat Bonus: Take a pre-match, full-time Handicap or full-time Total Points bet and if it loses by 0.5 points, your full stake is refunded up to R500. Read the terms and conditions.

Match Handicap Special: Take the match handicap and if your selection loses by half a point (0.5) then half your stake is refunded. Read the terms and conditions.

First Half Handicap Special: Take the 1st half handicap and if your selection loses by half a point (0.5) then half your stake is refunded. Read the terms and conditions.

Second Half Handicap Special: Take the 2nd half handicap and if your selection loses by half a point (0.5) then half your stake is refunded. Read the terms and conditions.

Beaten by the Buzzer: Get your money back if your selection only loses after the buzzer sounds. Read the terms and conditions.

Drop Goal Special: If your selection is leading the match but a drop goal is scored which results in your team losing, then half your stake is refunded. Read the terms and conditions.

It's never a good feeling betting against South Africa, but I think the bookmakers have over-adjusted the odds in South Africa's favour. The winning South Africa 'B' side played with almost the full complement of Springboks and although they defeated the Lions, they ran out of steam and looked like losing if the match was any longer.

First Test: Back the British and Irish Lions @ odds of 1.91 with Sportingbet

Series Correct Score: Back the British and Irish Lions to win 2-1 @ odds of 2.60 with Hollywoodbets

For more about online sports betting, lotteries and casinos in South Africa, visit the Betting Guide homepage where you can find bookmaker reviews, promotions, betting tips and more.

Learn How To Play